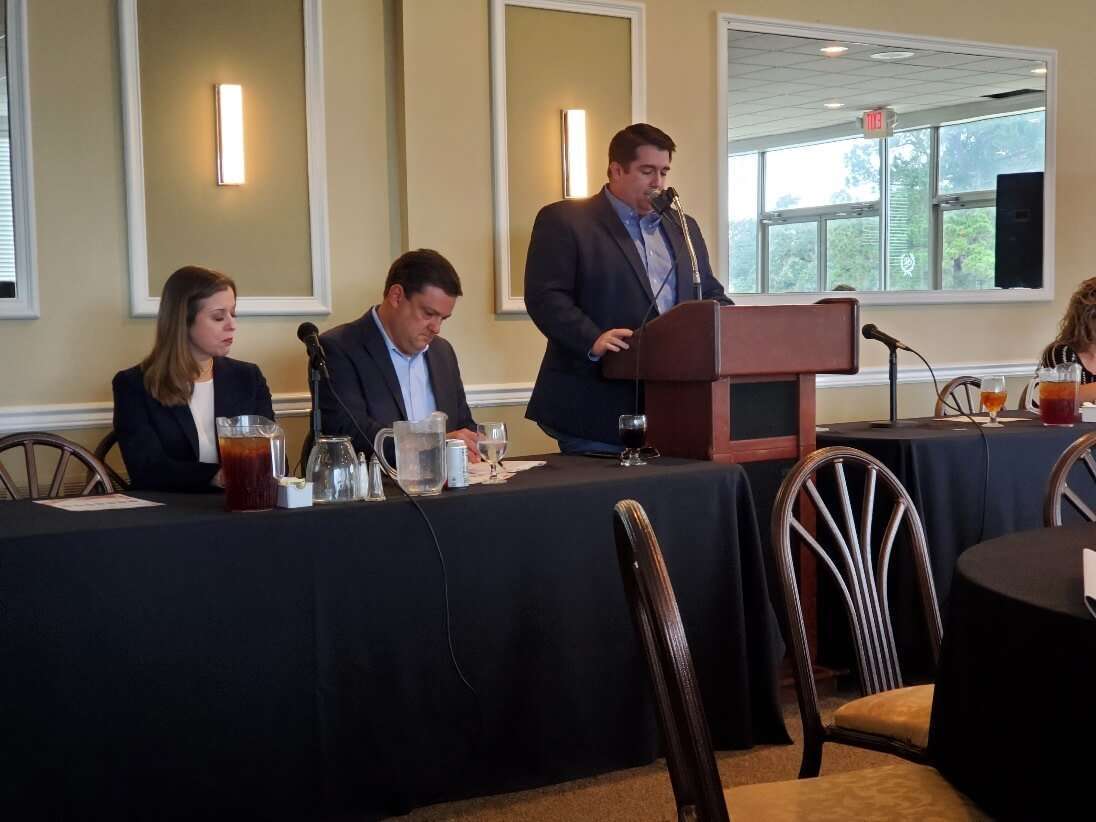 Amendment 2 was the topic of discussion at our October Network of Entrepreneurs and Business Advocates (NEBA) monthly membership meeting on October 27th at the Capital City Country Club. Our speakers were Samantha Padgett, General Counsel for the Florida Restaurant & Lodging Association (FLRA) and Geof Weldon, owner of the Shoe Box here in Tallahassee. Both offered their perspectives on the minimum wage amendment, Amendment 2, which if passed would raise the starting wage to $15 an hour on businesses across the state of Florida. Padgett began the meeting with an in-depth look at the amendment, who is pushing it and the ramifications it will have on the hospitality industry along with the ripple effects that will be felt by employees and consumers. Padgett warned that artificially raising the minimum wage will cost jobs, raise prices, and unfortunately, hurt those who most need these entry-level jobs.

Geof opened his comments with a story about explaining what the amendment will do if passed and the potential impacts it will have on small businesses like his to his 9-year old daughter, who upon learning more about Amendment 2 said, “It’s not fair.”  Unintended consequences of the Amendment would be the theme over the course of the panel discussion. “I’m already talking with my employees about the impact this amendment could have on our business” said Weldon.

NEBA members were in full support on opposing Amendment 2 and agreed with the panel that the minimum wage is a learning, entry-level wage, supporting those entering and re-entering the workforce. “Younger and older Floridians will find it harder to get work” reiterated Padgett. In addition, many employers have indicated they will be forced to cut some employees from full-time to part-time, if not letting them go completely, and others are even being forced to consider automation options.

Both guests agreed that the amendment could have far-reaching implications for a variety of industries across the state and that employees and consumers would certainly feel the negative impacts.  Padgett suggested visiting www.Amendment2HurtsYou.com for more information. 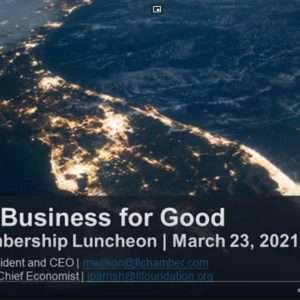 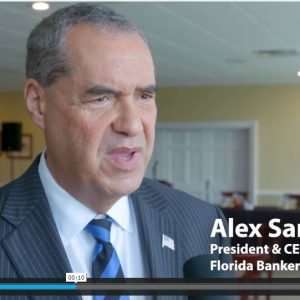 NEBA February Meeting Summary: You Can Bank on Florida 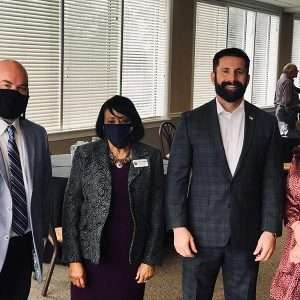