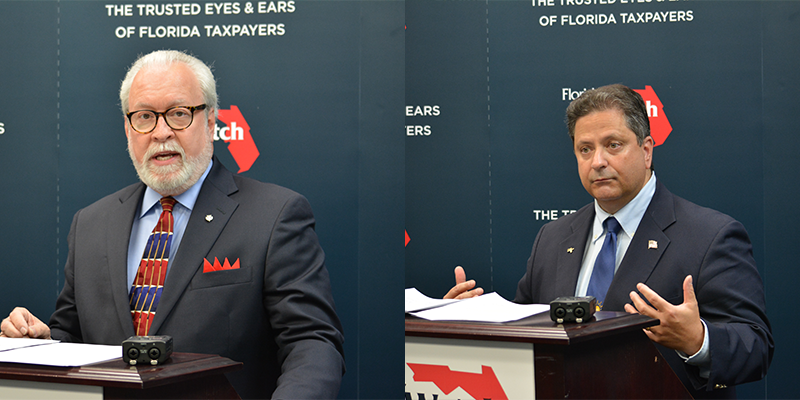 Barney Bishop (L), President of NEBA and Dominic Calabro (R) of Florida TaxWatch release a poll of residents about spending by the City of Tallahassee.

NEBA joined Florida TaxWatch, Citizens for Responsible Spending, and Budget Hawks to release a poll on the views of Tallahassee residents on  government spending by the City of Tallahassee.

The poll found that: